Home / Uncategorized / The future according to the CIA

The future according to the CIA 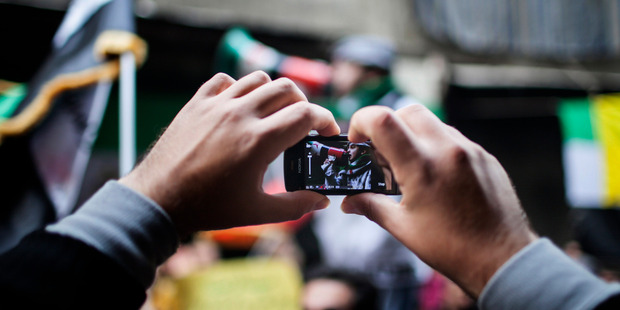 A Syrian man uses his mobile phone to capture a child using a megaphone to lead others in chanting Free Syrian Army slogans.

In the year 2000, after the Y2K bug failed to send the world into a computer crash-induced oblivion, people began to think about the future again.

The CIA took the future very seriously. So seriously, in fact, that they commissioned government and non-governmental experts to write a prediction of global trends for the year 2015.

Here’s how their predictions did.

“World population in 2015 will be 7.2 billion” was astoundingly close. It’s estimated at 7.3 billion.

The report suggested that ageing populations and low birthrate “will combine to increase health care and pension costs while reducing the relative size of the working population, straining the social contract, and leaving significant shortfalls in the size and capacity of the work force”.

Although the writing was on the wall for this one, it’s nonetheless correct. The problem is pertinent for New Zealand. In 2012 and 2013, New Zealand had the second highest rate of employment for people aged between 55 and 64 in the OECD. With an ageing workforce comes a slowdown in productivity and a shortage of skilled jobs for younger generations. As the Baby Boomers near retirement, New Zealand may face a critical skill shortage in certain sectors, along with the looming cost of superannuation.

“In contrast to food and energy, water scarcities and allocation will pose significant challenges to governments in the Middle East, Sub-Saharan Africa, South Asia, and northern China. Regional tensions over water will be heightened by 2015.”

This map shows areas where conflict has occurred over water since 2011. Moreover, Californian drought has led to a soft-war of water between farmers and the affluent vs the state.

Water scarcity has become a political tool of war, with pipelines restricted or crushed to certain areas during conflict and access to rivers and dams taken by force.

This year, Isis closed the gates of a dam in western Iraq causing drought in the southern provinces. With further control of the Euphrates River, Isis will have the power to inflict drought and flooding to certain areas while redirecting water to their strongholds.

“Biotechnology will drive medical breakthroughs that will enable the world’s wealthiest people to improve their health and increase their longevity dramatically. At the same time, genetically modified crops will offer the potential to improve nutrition among the world’s one billion malnourished people.”

Wrong, but fairly close. The Daily Telegraph reported last month that “the world’s first anti-ageing drug will be tested on humans next year in trials which could result in people being able to live healthily well into their 120s”. We’ll have to wait around 90 years to see if it works though.

Genetically modified crops, however, aren’t much help in alleviating malnutrition. GM has repeatedly been rejected by African farmers, with many asking theirgovernments to ban them.

The document correctly picked the internet as a primary agent in global trends: “disaffected states, terrorists, proliferators, narcotraffickers, and organised criminals will take advantage of the new high-speed information environment and other advances in technology to integrate their illegal activities and compound their threat to stability and security around the world.

“Governments will have less and less control over flows of information, technology, diseases, migrants, arms, and financial transactions, whether licit or illicit, across their borders.”

We’ve seen the rise and fall of the Silk Road, the online drug market place on the deep web, the Arab Spring, which used social media to spread messages of support, organisation, and discontent, eventually bringing down the Egyptian government.

Edward Snowden and Julian Assange have been disruptive forces in unveiling classified intelligence.

And, of course, we’ve seen Isis make the most of the internet as a tool of recruitment and terrorism.

IT and technology-driven weapons were heralded; they predicted correctly that “precision-guided weaponry” would be a main player in the battlefield. Drones are now, controversially, a massive part of conflict.

The US has launched hundreds of drone strikes since 2004, which often kill many more civilians than targets.

An increased threat of nuclear weapons is noted and came to pass with North Korea cited as having the capability to strike the United States.

The US government stated this year that they believe North Korea can use nuclear weapons and strike the homeland. North Korea asserts that their rockets are purely part of a space programme.

“The US economy suffers a sustained downturn.” Correct. The global financial crisis began in 2007 but by 2015, the US economy had hit fairly stable ground.

Globally, the notion that “global economic growth will return to the high levels reached in the 1960s and 1970s” is sadly wrong.

The predictions for Europe were half-right: “Most of Europe in 2015 will be relatively peaceful and wealthy” but putting into place “the final components of EU integration” is still a way off.

“China and/or India fail to sustain high growth” is eerily on point. China’s economy took a big dip this year after a period of rapid growth.

Overall, the report is impressively accurate in painting a picture of our past future.